Shaping the future of the Youth Endowment Fund: Your chance to set our priorities

Yesterday, we launched our strategy. As Jon’s already said, we can’t achieve our ambitions alone.

To put our plan into action, we need your help.

We know that over the next decade, there are a lot of areas we need to cover. Now we need to decide where we’ll start. That’s why we’re asking for your help to choose the two theme areas we’ll focus our funding on, from now until 2023.

Does that mean me?

We want to hear from everyone whose work involves keeping children and young people safe from involvement in violence. Are you working for a community or youth charity, local authority, school, the police, a mental health service? We want you to sign up to take part.

What will you ask me about?

We’ve had some really useful conversations with people working across lots of different organisations to keep children and young people safe. And we’ve conducted our own review of the evidence that’s already out there. We’ve used what we’ve learned to develop some initial ideas about the themed areas where we want to focus our funding in the next three years:

We want you to tell us, based on your experience and expertise, what you think. Are we starting in the right areas? Have we included the right things in the scope of those themes? What have we missed? What should we do better?

We’ll be running a series of roundtables and surveys to make sure we’ve heard from you.  We want our discussions to improve our thinking, so that our investment makes a big impact over the next three years. We’ll listen to what you tell us – if these themes aren’t right, we’ll go in a different direction. And we’ll explain how we’ve made our decision.

What happens once I’ve signed up?

We hope the conversations we have will just be the start of us developing the Youth Endowment Fund’s work together. Once we’ve selected a theme, we’ll need your help to make sure that the scope for our next grant round is right.

And throughout the ten years of the fund, we’ll keep asking, keep listening and keep adapting. Because we know we’ll only achieve our mission if we work together. 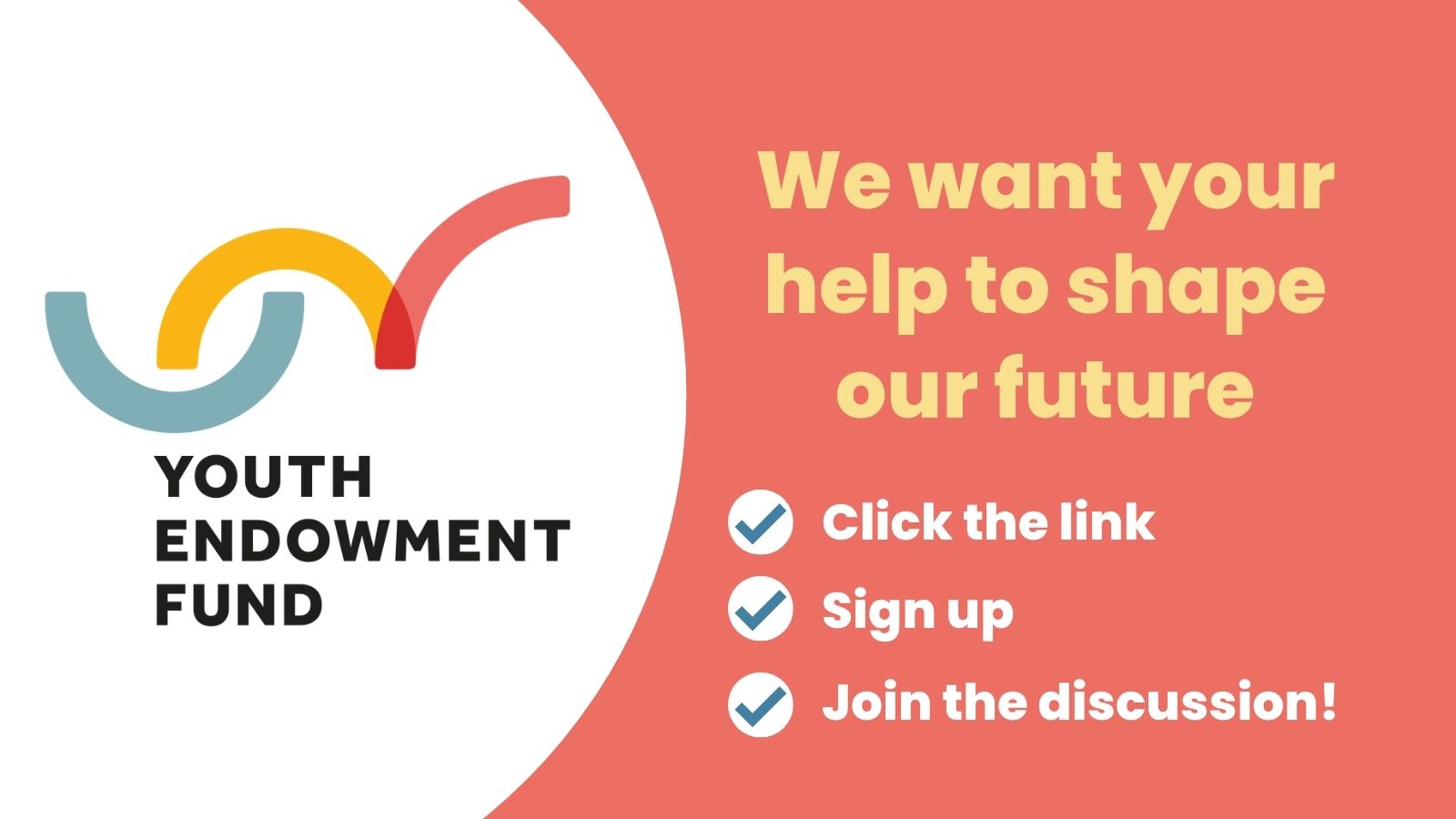 Putting evidence to work: Help us to make research easier to find, use and apply

COVID-19 grant round: How we decided what to fund

Finding out ‘What Works’ and helping to put it into practice