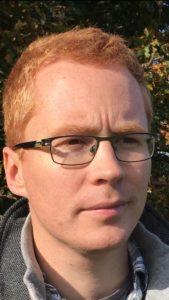 The Youth Endowment Fund has appointed Jon Yates as its first Executive Director. He will take up the post in November working alongside the Chair Sir Kevan Collins, as the independent fund works to put prevention at the heart of tackling youth crime.

Jon Yates has two decades of experience in the youth and community sector. He has founded and scaled a number of youth programmes, including the National Citizen Service – which became the fastest growing youth programme in Europe working with over half a million young people over the past decade. He is also an experienced policy maker, working as the Chief Policy Adviser to the Secretary of State for Education between 2018 and 2019 where he oversaw the Department for Education’s policy and strategy on schools, colleges, children’s services, nurseries, universities and apprenticeships.

He started his career as a community worker in Newham before joining McKinsey and Company where he advised charities, companies and government on strategy and organisational development. He left McKinsey in 2004 to work in social enterprise, first in Kenya, supporting small businesses to scale up. When he returned to the UK, he co-founded the youth charity The Challenge, and supported the founding of the community organisation More In Common.

Welcoming the appointment, Chair of the Youth Endowment Fund Sir Kevan Collins said: “Jon has shown a long standing and passionate commitment to supporting young people throughout his career. His experience of working with young people, of building successful social enterprises, and of working across government, combined with his deep belief in the importance of evidence in delivering long term impact, make him exactly the person the Youth Endowment Fund needs to deliver on our bold vision.”

Jon Yates said: “For those of us who care deeply about young people, the Youth Endowment Fund is an enormous opportunity to make their lives better. There is so much great work going on that we should all have to chance to learn from. My job is to get this great work the funding, support and evaluation it needs to share the secrets of its success. With partners like Sir Kevan Collins, Impetus, the Early Intervention Foundation and the Social Investment Business, I can’t wait to get started.”

Read more about Jon in TES.

£200 million, 10-year fund to prevent children becoming involved in violence invites you to shape their future